Mucocele of the sphenoid sinus: A rare cause of reversible 3rd nerve palsy 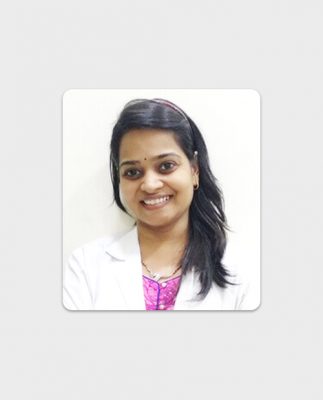 Ophthalmoplegia due to 3rd nerve palsy is a common occurrence, and is usually a sign of diabetes mellitus or a serious intracranial disease. We report a rare case of pupil sparing 3rd nerve palsy caused by mucocele of the sphenoid sinus. The patient regained 3rd nerve functions after successful decompression of the mucocele. Early and correct diagnosis of this relatively benign condition is important to prevent permanent neurological deficits, including visual loss by optic nerve atrophy. Etiology, clinical manifestations and treatment of the sphenoid mucoceles is discussed and available literature is reviewed.

Mucocele is defined as the accumulation and retention of mucoid secretion within a paranasal sinus, leading to thinning and distension and erosion of one or several of its bony walls. Several hypotheses are postulated for the formation of mucocele, like blockage of duct, cystic dilation of mucous gland and cystic degeneration of polyp. Primary mucoceles arise from the retention cysts of the mucous glands of sinus epithelium. Secondary mucoceles arise either from the obstruction of the sinus ostium or because of cystic degeneration of the polyps. Mucocele of the frontal sinus is most common, followed by anterior ethmoidal sinus. Sphenoid mucocele comprise 1–2% of all mucoceles.

A 60-year-old nondiabetic, nonhypertensive male patient, farmer by occupation, presented with a 1-month history of left periorbital headache, which became severe for the last 3 days, along with diplopia on looking toward right and drooping of the left eyelid. Clinical examination revealed pulse 85/min BP 136/90 mmHg, vision 6/18 b/l (b/l early cataract present), pupils B/L 4 mm reacting to light and pupil sparing left 3rd nerve palsy with restriction of left eyeball movements [preop] medially, superioly and inferiorly. Fundus was normal bilaterally. Field of vision by confrontation method did not reveal any field defects. There was no evidence of neck stiffness. Fasting blood sugar was 104 mg%. A magnetic resonance imaging (MRI) of the brain revealed a homogenous cystic lesion in the left sphenoid sinus with expansion suggestive of a mucocele causing mild displacement and partial encasement of adjacent left Internal carotid artery (ICA). The patient underwent transnasal transsphenoid decompression of the mucocele and the left 3rd nerve functions recovered completely over a span of 4 weeks [postop].

Sphenoid mucocele comprises 1–2% of all mucoceles. The first case of sphenoid mucocele was described by Berg in 1889. Since then, only 140 cases have been reported so far in the literature. Mucoceles of the sphenoid are usually seen in 4th decade of life, and usually does not have any sex predilection. Sphenoidal mucocele have varied presentations because of adjacent nonbony structures, namely first six cranial nerves, the carotid arteries, the cavernous sinuses and the pituitary gland. Headache is the most common symptom. It is usually localized to the supraorbital or retroorbital region. It is the involvement of the cranial nerves that brings the patient to the physician. Visual disturbance is the second-most common symptom, and is mostly because of optic nerve involvement. It can lead to decreased visual acuity and even blindness, which is usually irreversible. Extension of the mucocele anteriorly into the posterior ethmoid air cells, cribriform plate and orbital apex may produce proptosis and anosmia apart from visual loss. Sphenoidal mucoceles usually do not cause bitemporal hemianopia seen with other sphenoidal and sellar lesions such as pituitary macroadenoma.

Investigations for diagnosing sphenoid mucocele include plain X-ray of skull AP and Lat views, which can show enlargement and ballooning of the sella with erosion of its walls. Computed tomography (CT) scan of the brain in case of sphenoid mucocele would show a hypodense cystic lesion in the sphenoid sinus with or without extension to the adjacent sellar, suprasellar, parasellar and retrosellar regions. It has to be differentiated with other cystic lesions usually seen in this location, such as craniopharygioma, Rathke cleft cyst, cystic pituitary adenoma, epidermoid cyst, cystic optic nerve glioma and arachnoid cyst. MRI scans of the brain can diagnose mucocele without doubt as a cystic homogenous lesion in relation to the paranasal sinuses.

Treatment of sphenoid mucocele is surgical. Traditionally, the management of sphenoid mucoceles was complete removal via transfacial or transcranial approach. However, transnasal sphenoidotomy has largely replaced the conventional open method with excellent results. Marsupilisation of the mucocele via transnasal transsphenoid approach is another option with good results. Recently recommended management of a mucocele of the sphenoid sinus is endonasal sphenoidotomy with sufficient removal of the anterior and inferior wall of the sinus along with drainage of the mucocele.

On reviewing the literature, it was seen that the visual loss occurring in cases of sphenoid mucoceles is usually irreversible; hence, early surgery is strongly recommended in cases where the vision is at stake. Nerve palsies such as 3rd nerve palsy, as seen in this case, shows a good outcome after surgical decompression. We emphasize that a differential diagnosis of sphenoid sinus mucocele should be kept in mind while encountering patients with occulomotor palsy. We recommend early surgery in these cases in order to prevent permanent neurological deficits.

“Mom, what are those funny sunglasses?” five-year Arnav asked with a look of amusement. It was the first time Arnav...

Blindness gone with Bionic Eyes!! How different Mahabharata would have been if King Dhithrastra, and the Queen Gandhari, parents of...

“Is LASIK advisable for me? Is LASIK safe?”

“Amit, a 26 year old Nerul, Navi Mumbai resident had been wearing glasses for almost 15 years. His relationship with... 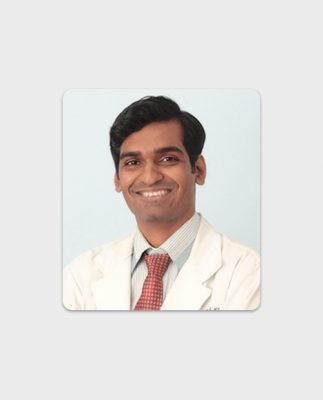 Here we have compiled the top five queries that diabetics ask an eye specialist. 1. What is Diabetic Retinopathy? Diabetic...

Arshiya was a big fan of Facebook. She spent hours on the computer liking, commenting and updating. But she was...

“We will need to get your babies’ eyes checked by a Paediatric Ophthalmologist.” Smita’s heart sank as soon as she...

Retinal hole And Its Treatment Options

The retina refers to the eye’s inner lining, a part of the eye that contains light-sensitive tissues. Its major role...

The retina is the most important vision forming part of the eye from where visual impulses are transmitted to the...

Researchers Give Sight to Blind Mice

Three blind mice. See how they run. They all ran after the farmer’s wife, Who cut off their tails with...

The retina is the innermost layer of our eye containing several nerves that enables us to see. Light rays that...

What is Retina? Retina is the light-sensitive tissue lining the back of our eye. What is Retinal Detachment? Retinal detachment...

Aspirin: In the Eye of the Storm?

Aspirin. If there ever were a celebrity amongst all medicines, this would probably be it. Which other drug can boast...